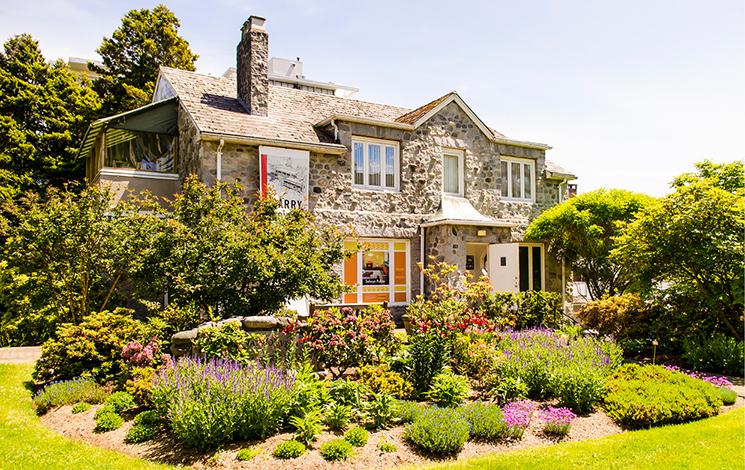 Gertrude Lawson, the daughter of John Lawson, built this imposing house in 1940 with what is believed to be one of the first mortgages granted to a female in British Columbia. Lawson was a teacher for many years at the Pauline Johnson School in West Vancouver.

The house is sheathed in stone, including blocks originally used as ship’s ballast, and Capilano River rock. John Lawson saved the stone for years for the purpose of building such a house. Designated by the municipality in 1990, the house is an important and visible link to the pioneering John Lawson family. The building is now home to the West Vancouver Art Museum and Archives.