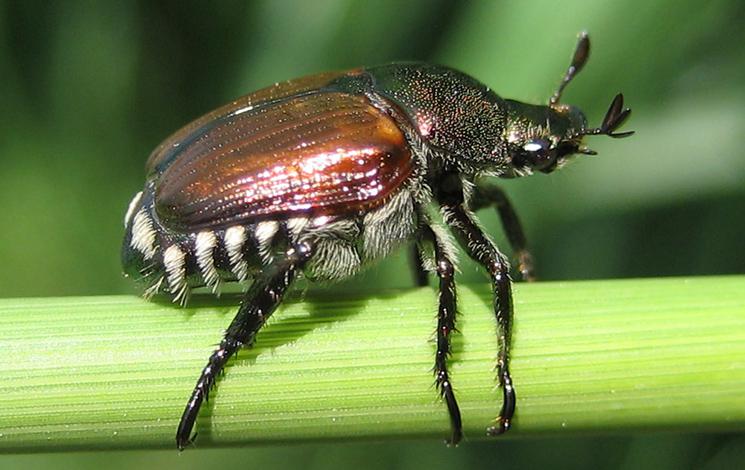 Although Japanese beetles haven’t been found in West Vancouver, the District is aware that they have been found in other areas of the Lower Mainland and staff are keeping watch.

Green and yellow torpedo traps have been set up throughout Metro Vancouver, including in West Vancouver, by the Canadian Food Inspection Agency (CFIA). Please do not tamper with these traps.

Japanese beetles are an invasive species that can cause significant damage compared to other pests, such as European chafer beetles. Adult Japanese beetles eat foliage and fruit of more than 250 kinds of plants, and can impact gardens and agricultural crops. Larvae feed on the roots of lawns and other plants.

The first live Japanese beetle in Vancouver was discovered in a CFIA trap near False Creek in 2017. Beginning in February 2019, an expanded containment area was established to limit the movement of soil and plant material in areas around False Creek, downtown and Stanley Park.

For more information about the Japanese beetle or to report a sighting, visit the CFIA website.