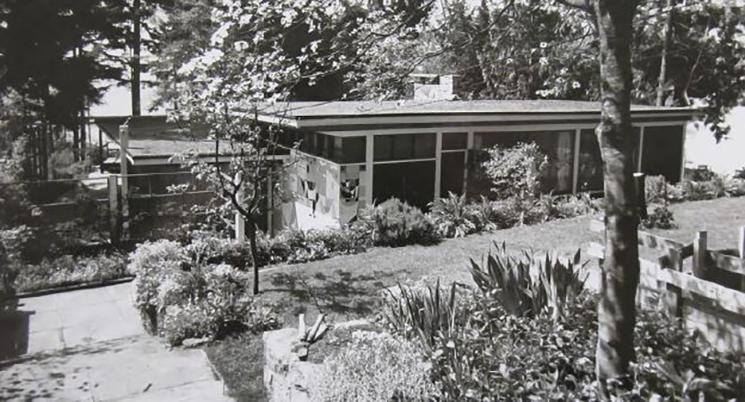 The proposed application for a Heritage Revitalization Agreement (HRA) has been placed on hold at the request of the applicant.

The proposed Heritage Revitalization Agreement (HRA) was considered by the Heritage Advisory Committee (HAC) on January 10, 2019. The committee passed the following motion:

THAT the Heritage Advisory Committee DOES NOT SUPPORT the application as presented due to the following concerns:

Memo to the HAC

Following reconsideration by the Design Review Committee, the applicant has prepared a response package that:

The revised proposal was considered by the Design Review Committee at its meeting on November 1, 2018, and recommended support of the proposal with further review by staff of the following items:

Further to the recommendation, the committee commented and appreciated the efforts made by the applicant to address the previous comments, however, noted its concern about the preservation and long-term maintenance of the Binning House, its contents and public access in a substantial way and that these items be addressed through the potential Heritage Revitalization Agreement (HRA).

The next step in the review process for the proposal is consideration by the Heritage Advisory Committee (HAC). The date for consideration of this proposal by the HAC is to be determined.

The District has received an application for a Heritage Revitalization Agreement (HRA) for 2968 Mathers Crescent.

The proposed HRA would enable the subdivision of the property into two fee simple lots as an incentive for enhanced protection of the BC Binning House, beyond the existing bylaws, complete restoration of the house in accordance with the Conservation Plan from Donald Luxton (April 2017), and public access to the site.

The BC Binning House has a rich history. In 1997, it was designated a National Historic Site of Canada because:

The heritage value of the BC Binning House is significant because of its pioneering role as a demonstration site for principles of Modernism in architecture, and its contribution to the development of the West Coast Style.

It is associated with B.C. Binning, who was an artist, cultural leader and founding director of the Department of Fine Arts at the University of British Columbia. Binning is recognized as a pivotal figure in the Modern movement in British Columbia.

The Binning House is listed on West Vancouver's Community Heritage Register and is eligible for municipal conservation tools and incentives enabled under the Local Government Act. The HRA is the legal framework between the District and the property owner that will provide for the ongoing and enhanced legal protection of the Binning House.

The Design Review Committee considered the proposal at its November 16, 2017 meeting and passed the following recommendation:

THAT the Design Review Committee commends the applicant for the restoration of the Binning House and that the committee recommends RESUBMISSION that addresses the following concerns:

The applicant is currently working on revised plans for submission.

To comment on this development application, you may send an email to Mayor and Council: