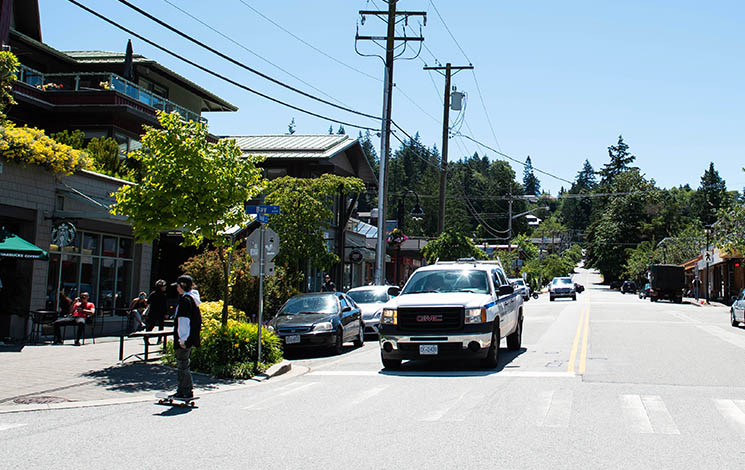 The District has been working on the western portion of Spirit Trail for the past four years—this is the final section to complete the connection to Horseshoe Bay.

Designs are being revised to incorporate community feedback. Further consultation will proceed once the revised concept is completed.

The Spirit Trail is an accessible greenway that will eventually extend from Horseshoe Bay in West Vancouver to Deep Cove in the District of North Vancouver. The three North Shore municipalities, together with the federal and provincial governments, First Nations and other agencies are working together on its completion.

In the District of West Vancouver, seven kilometres of trail have now been completed. The total length of the Spirit Trail in West Vancouver will be approximately 19 kilometres.

Consultation on the western portion of Spirit Trail for Gleneagles and Horseshoe Bay began in 2013. At that time, residents expressed a strong preference to use Exit 0 and the Highway 1 corridor to connect Spirit Trail to the BC Ferries Terminal. The outcome of discussions with BC Ferries was that the construction of Spirit Trail would entail removal of one vehicle lane on the highway. As this would result in vehicle traffic back ups and delays in offloading ferry traffic, it was rejected as an option by BC Ferries.

A route along Exit 0, Raleigh Street and Royal Avenue was chosen as it was the most direct route that avoided crossing the busy vehicle routes of Marine Drive and Nelson Avenue, and followed District rights of way. Routing of Spirit Trail on Nelson Avenue would have resulted in the loss of numerous parking spaces and also follows a less direct route than Royal Avenue.

About the Spirit Trail