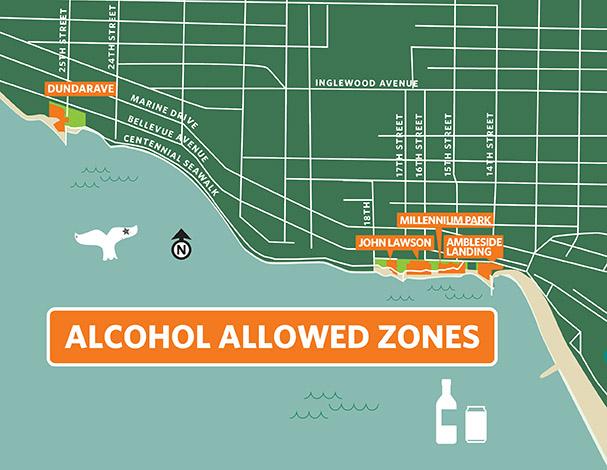 The locations are established gathering and picnic areas and are in close proximity to public transit and local businesses.

Alcohol may be consumed in designated areas from noon to dusk, seven days a week. Please refer to the map below.

At the April 12, 2022 Council meeting, Council voted unanimously to amend the Consumption of Liquor in Public Places Bylaw to allow alcohol consumption in additional park locations. The direction helps to achieve Council’s Strategic Goal to create vital and vibrant commercial centres by collaborating with the local business community.

In June 2021, the District implemented a pilot project to allow for consumption of liquor in Millennium Park as a response to increased public interest. The pilot was successful in providing a safe area for the community to socialize during the COVID-19 pandemic, and in supporting the economic recovery of local restaurants and cafés by allowing their patrons to dine in a local park with takeout purchases including alcoholic beverages.